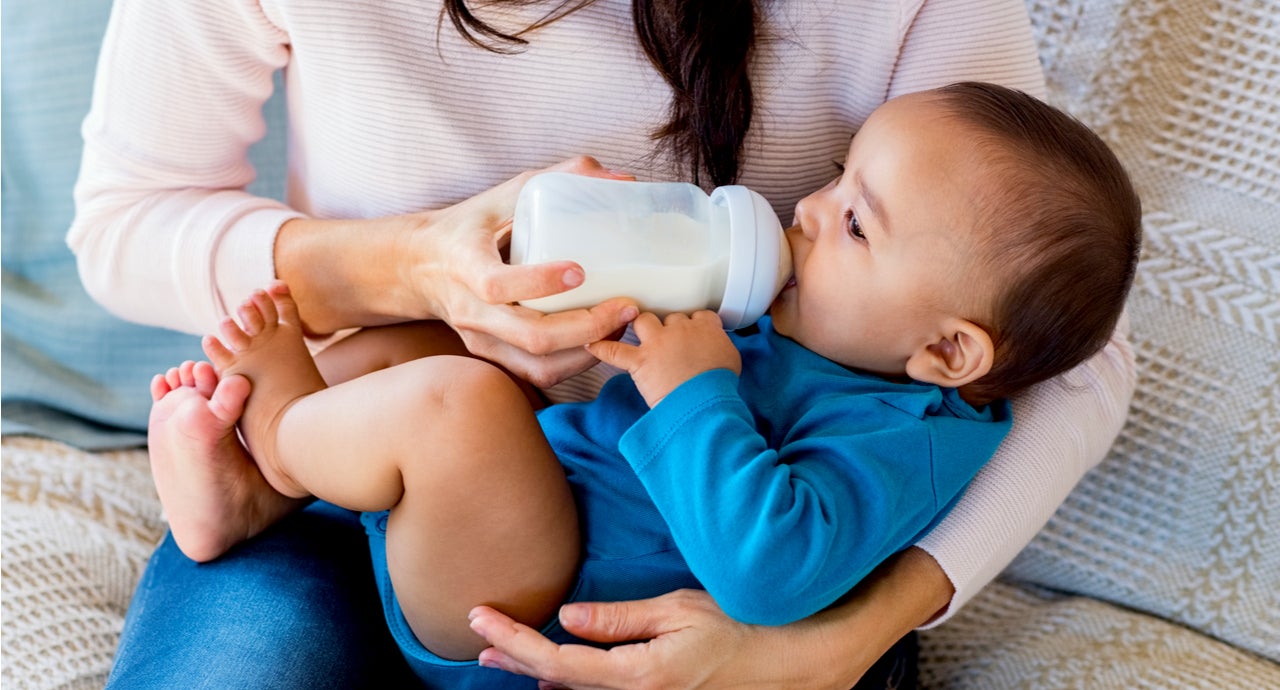 In the poorest municipalities of El Salvador, anemia affects one out of two children under the age of two. If untreated, anemia can diminish cognitive functions, increase the risk of infections, and over the long-term cause permanent losses in productive capacity. In 2014 through the Salud Mesoamerica Initiative (SMI), dietary supplements (in the form of micronutrient powders) were introduced in the country as a preventive treatment for anemia in children. The first stage of the micronutrient intervention ended in 2015, and took a traditional approach that focused on the distribution of the micronutrient treatment. While this approach was effective in ensuring that children in the target area received the micronutrients (64 percent), only 15 percent consumed the full recommended regimen of 60 packets for 60 days every six months.

Building on the previous stage, the intervention was redesigned in 2016. To help track adherence to treatment, the intervention developed tools and strategies for community health workers and caregivers. It also added home visits by community health workers to provide caregivers encouragement and counseling and to monitor adherence. In addition, it gave caregivers a calendar so they could track their children’s progress over the course of the treatment.

Salience: Individuals tend to focus on items or information that are more prominent and ignore those that are less so. Thus, it is important to make key aspects of messages visible and salient and display them in an appropriate place and time. In this context, caregivers might be not fully aware of the potential problems and threats related to anemia. This is plausible because symptoms of anemia can easily go unnoticed.

Cognitive overload: The cognitive load is the amount of mental effort and memory used at a given moment in time. ‘Overload’ occurs when the volume of information presented exceeds an individual’s capacity to process it. Thus, the fact that our attention and memory are limited prevents us from processing all available information at the same time. Caregivers might be aware of the consequences of untreated anemia, but they might not have a clear understanding of how to avoid the preventable illness.

Hassle factors: Seemingly small inconveniences, such as having to read a lot of information or take an extra small step to complete an action, can hinder or disrupt decision-making processes. Children might not like the taste of the micronutrients or might not want to take them at all. In such situations, it is possible that caregivers would try just a few times and then give up.

Present bias: It is the tendency to choose a smaller gain in the present over a large gain in the future. It is related to the preference for immediate gratification. It is also known as hyperbolic discounting. Caregivers with such a bias might value present gratification more than greater benefits in the future—for example, reaping the benefits of micronutrients for children.

Reminders: They can take many forms, such as an email, a text message, a letter, or an in-person visit reminding individuals of some aspect of their decision-making process. Reminders are designed to mitigate procrastination, oversight, and cognitive overload.

Semi-structured interviews with caregivers were conducted in the catchment area of four SMI community-health teams in El Salvador. Interview designs were based on the existing literature pertaining to the non-adherence data and analyses of a household survey plus medical-record reviews of primary-care units from another study. In addition to the knowledge about context derived from previous field visits, these interviews explore bottlenecks in adhering to treatment. Health workers from each community health team selected the women to be interviewed after being provided with a few guideline characteristics regarding caregivers’ adherence to the treatment. A total of sixteen semi-structured interviews were conducted with women who had recently received the packets of micronutrients, along with instructions.

Based on the interviews, some trends emerged:

Using these insights, SMI considered ten different intervention options (see table 1), assessing them for impact and feasibility by calculating the cost to implement a given intervention. Three intervention ideas were then deemed feasible to implement and test: (1) an SMS information-messaging campaign, (2) peer-mentor support from successful caregivers, and (3) more well-visits testing for anemia in primary-care units .

Screening children for anemia in primary-care units was considered the intervention with the highest expected impact, although with low to medium scalability depending on available screening technology. With the redesigned intervention, the share of children receiving the full set of micronutrients increased to 82 percent, while the share of those adhering to treatment increased to 24 percent (a 9 percentage-point increase from baseline) (see figure 1).

Figure 1. Reception and Consumption of Micronutrients among Infants and Children Younger Than 24 Months (in percentages) 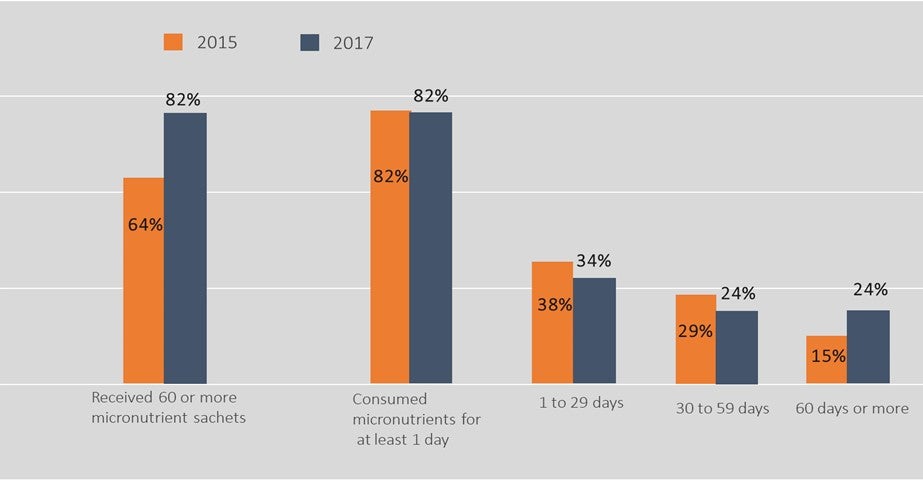 Despite the substantial progress, challenges remain on full adherence, as 76 percent of children still fell short of completing the total treatment, which is essential to reduce the prevalence of anemia.