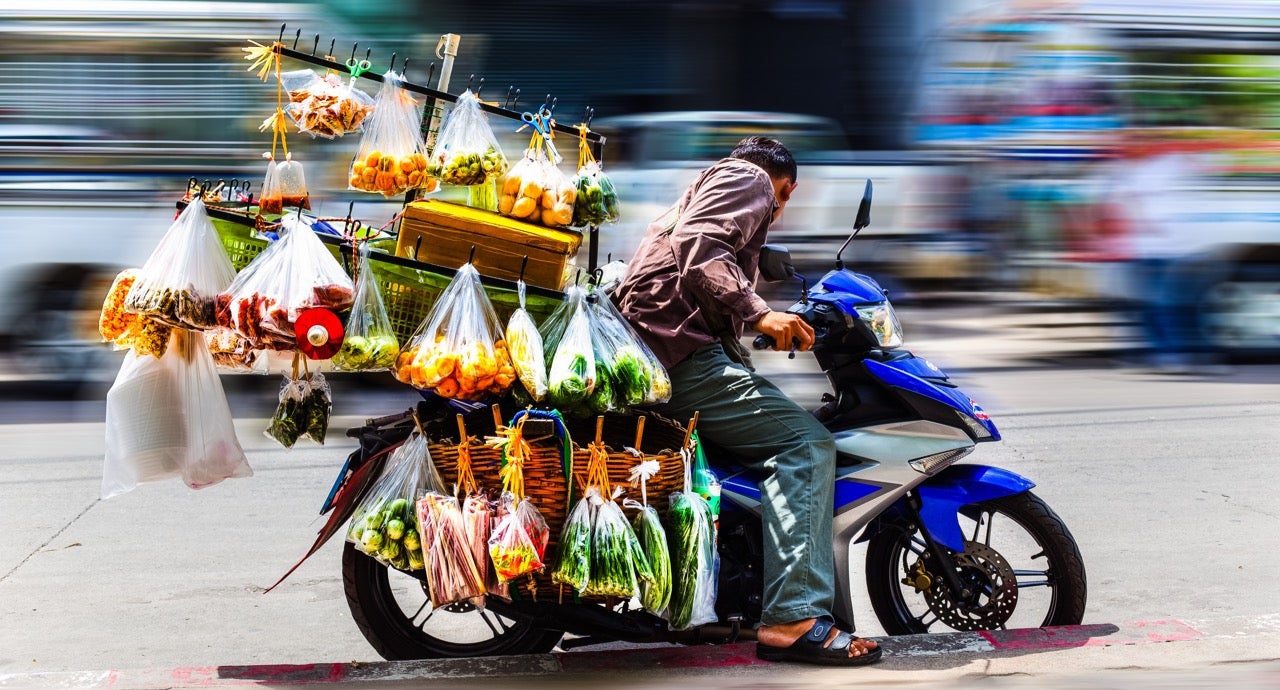 To expand knowledge on business trainings in Latin America, this experiment tested their effectiveness in Ecuador in 2015/2016. Building on more recent literature, more traditional, information-heavy business trainings were compared to behaviorally-informed business trainings, which make use of heuristics to simplify information and cognitive processes. The project further explored potential channels that affected the success of the intervention as well as gender dynamics.

Cognitive overload: The cognitive load is the amount of mental effort and memory used at a given moment in time. Overload is when the volume of information provided exceeds an individual's capacity to process it. We have limited amounts of attention and memory, which means we are not able to process all the information available. In this context, traditional trainings might require more “bandwidth” and/or attention than trainees have available.

Hassle factors: We frequently do not act on our intentions because of small factors or inconveniences that hinder us or make the action uncomfortable. In the case of trainings, this could simply be the way in which the information is presented, the length of presentation, or that additional actions must be taken to execute a decision. Business owners might not use lessons they learn in a traditional training because it does not provide clear guidance and actionable steps on concrete objectives such as how to increase savings.

Simplification: Reducing the effort required to perform an action by making the message clearer, cutting the number of steps or breaking down into simple, easier steps a complex goal. In this case, the rules of thumb for business management are e perfect example of simplification.

Commitment mechanisms: This is a choice made in the present that restricts future options to those reflecting long-term objectives. They therefore serve as mechanisms for mitigating future impulsive behavior. Based on our tendency toward inertia, this mechanism can help address time inconsistency and cognitive overload. The study asked participants to commit to a “30-Day Challenge” in which their adoption of the newly acquired heuristics would be tracked.

Micro-incentives: Rewards or punishments offered to decision-makers with the aim of influencing their behavior or decision. They may be tangible, such as food or money, or intangible, such as public recognition. In contrast to the incentives that form an integral part of policy design, these are small, low-cost, and easy-to-apply signals that complement the original design. Offering micro-incentives can thus help to mitigate loss aversion and present bias. In this case, entrepreneurs received stickers in their financial journal and were admitted to a lottery to win a cash register upon fulfilling certain implementation steps of the heuristics.

For the experiment, the IDB Lab partnered with Banco Pichincha to test and design two types of training in the Ecuadorian provinces of Pichincha and Guayas. Overall, 2,408 micro and small entrepreneurs participated in the randomized-control trial. All 2,408 businesses initially also served as “non-bank correspondents,” which means that they were contracted by a financial institution to channel and process financial transactions of the bank’s clients.

The traditional training covered three modules related to financial management and accounting: organization and financial planning, credit, and saving and financial goals. The heuristics training was based on best practices identified in interviews with successful small business managers packaged into four behavioral rules of thumb: set up (general structure for cash flow and expenses); sell and tally (daily operations); pay out (paying down debt); and save up (system for regular savings). The heuristics training also employed a different pedagogical approach.

The underlying theory of change of this intervention was based on the assumption that heuristics are highly efficient in reducing cognitive load. Furthermore, their simplicity allows business owners to recall them easily and to complete tasks in a few simple steps. To investigate this mechanism, the study also assessed the attention span of entrepreneurs. The main outcome measures were entrepeneurs’ profits and sales.

Of the 2,408 entrepreneurs, 803 received a traditional training, 801 the behaviorally-informed heuristics training, and 804 served as a control group. The sample was stratified according to province and a measure related to the number of financial transactions. The baseline survey was conducted between August and October 2015, and the trainings started implementation in November 2015. An end line survey was then conducted between November and December 2016 after the intervention was complete.

The costs for implementation and the design of the heuristics training are significantly higher than for the traditional training, necessitating higher investment in the first place.

Figure 1. Treatment Effects of the Intervention on Sales and Profits.

Table 1. Cost-Benefit Analysis of the Intervention.