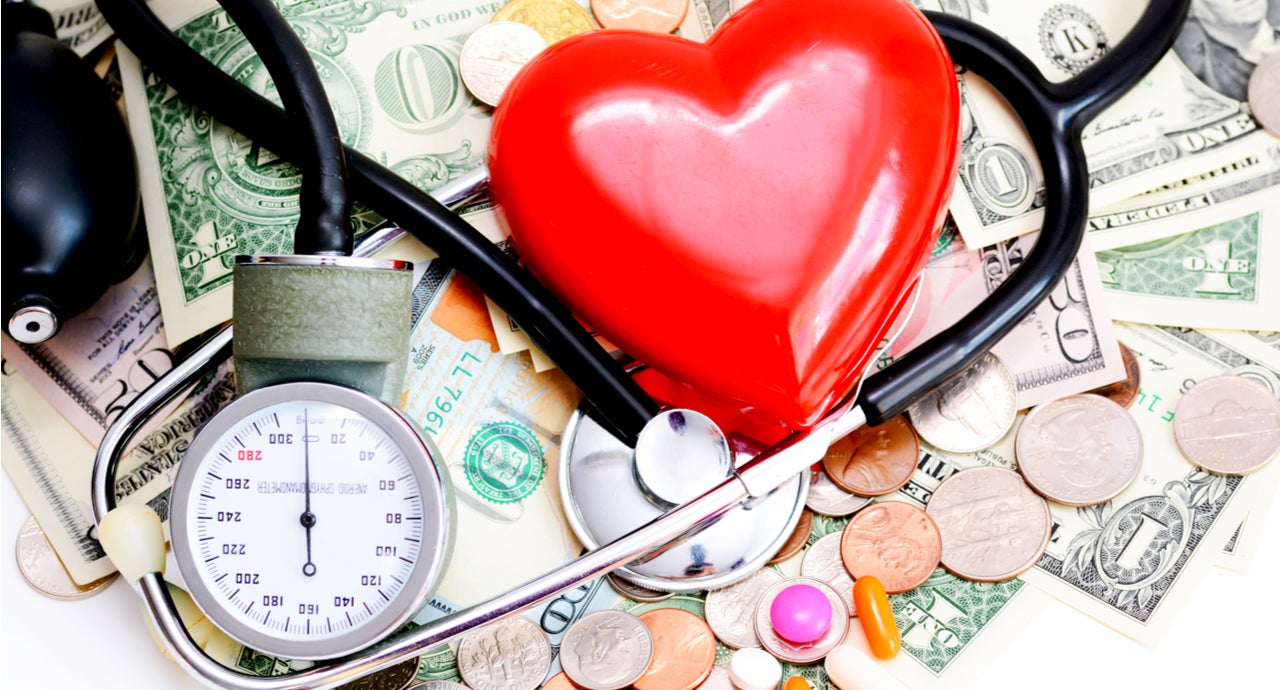 Better-quality health care is a global challenge. But the need is particularly acute in the poorest and hardest-to-reach areas in low- and middle-income countries. Starting in 2010, El Salvador implemented needed reforms of its own public health system through the creation of community health teams, funded and managed by the government. The reforms were rolled out, first, in the poorest municipalities. The government’s health teams comprised seven to ten members and covered the primary-care needs of the population in predefined geographical catchment areas.

Given the documented deficiencies in health worker performances around the world, which include failures to meet coverage targets, absenteeism, noncompliance with clinical guidelines, and even malpractice, the challenge in El Salvador was to make this new health teams perform well. In-kind pay-for-performance could be used to motivate health teams and improve quality of service. But the effects of these incentives are difficult to tease out from other incentives like feedback and public-recognition ceremonies. Evidence of their effect on small teams, with circumscribed roles and interdependent activities, is also scarce.

Status quo bias: It is the tendency to maintain the current state of affairs, even when change is clearly better. This current status, or status quo, is used as a reference point, and any change with regard to this reference is seen as a loss. In this context, health workers accustomed to certain protocols at work will be reluctant to change.

Present bias: It is the tendency to choose a smaller gain in the present over a large gain in the future. It is related to the preference for immediate gratification. It is also known as hyperbolic discounting. People with such a bias might value present gratification more than greater benefits in the future. For example, health workers may not want to put more effort in their performance today because they cannot see the rewards their efforts will bring in the future.

Micro-incentives: These rewards are designed to influence an individual’s behavior or decision making. They can be tangible, such as food or money, or intangible, such as public recognition. In the case of in-kind incentives, they have proven to be less likely to crowd out intrinsic motivation. They are seen as a gift-giving act that elicits loyalty and a response independent of the gift value.

Instead of monetary incentives, the authorities issued points redeemable for in-kind incentives on the theory that these would elicit a greater team effort and be less likely to crowd out intrinsic motivation. In-kind incentives are seen as a gift-giving act that elicits loyalty and a response independent of the gift value and can be salient reminders of the team’s performance from which members derive pride.

The incentives were linked to 11 key maternal and child health indicators. These indicators covered outcomes on family planning, prenatal and postnatal checkups, and childcare. Each indicator was assigned a performance target based on SMI’s baseline information to establish its feasibility. When a health team met the target, it received points redeemable for in-kind incentives.

In a public event held in October 2015, 75 community health teams—teams already active within El Salvador’s Ministry of Health, were randomly assigned to one of two phases. Phase I teams (treatment group) were eligible for in-kind and had verification cycles at the 6- and 12-month marks. Phase II teams (control group) were eligible only at the 18-month mark.

During each verification cycle, every team was given a performance feedback report, supervision, and public recognition for achievement, regardless of their experimental assignment. The reports were all designed in the same way, except those of the treatment-group teams that had a legend describing the incentive amount for that cycle. Teams that were part of the control had only a description of the points obtained overall, with no mention of incentives. All teams attaining 60 or more points were got public recognition and a certificate in front of their peers(Figure 1). Teams earning at least 60 points got the minimum incentive of $650 worth of goods; those reaching 90 or more points per verification cycle received up to $1,000. 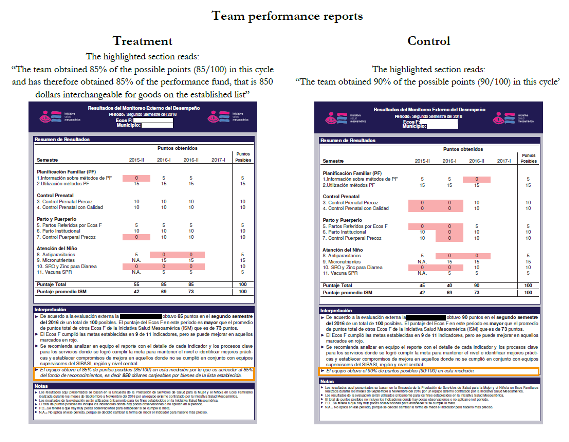 While all teams improved their performances over time, those eligible to receive incentives improved at a faster rate at the end of Phase I, 12 months from baseline. Figure 2 shows the density plots of the overall performance scores (aggregated weighted measures of targets met by a health team with weights equal to the points established for each indicator) by time period and treatment. Teams in the treatment group that obtained more than 60 points got the in-kind incentive. The distribution of performance scores between treatment and control teams at 12 months differs a great deal (p<.05).

The 11 health indicators used to measure performance are grouped into four domains: community outreach, quality of care, timeliness of care, and utilization. When analyzed independently per domain, the in-kind incentives significantly increased the average standardized treatment effects—by 0.17 standard deviations for community outreach, by 0.14 SD for quality of care, by 0.10 SD for timeliness of care, and by 0.096 SD for utilization of health services—compared to the control group. The largest effects occurred in domains that required less team coordination. Community outreach relies mostly on community health workers, while quality of care is the responsibility of physicians and nurses. The gains were concentrated among the lowest and (particularly) the highest performers at baseline. Those teams exhibiting no response to the incentive scheme were teams assessed with intermediate performance at baseline, which required little effort to meet the performance goals. 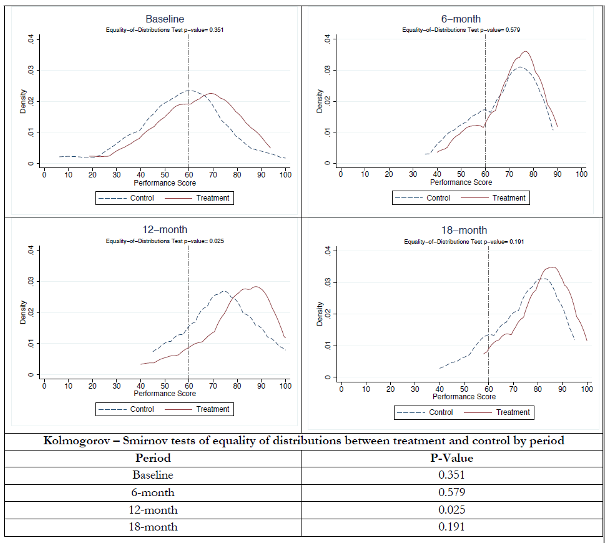