Let's (Not) Get Together! The Role of Social Norms on Social Distancing during COVID-19 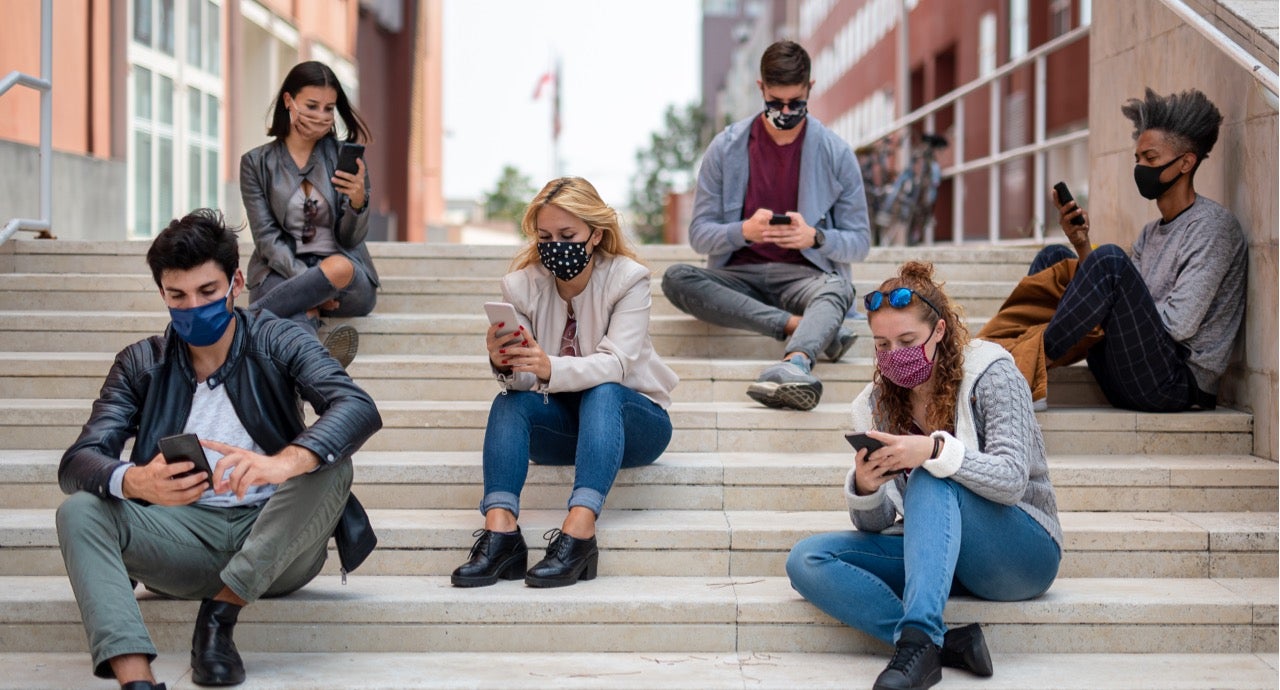 Since the start of the COVID-19 pandemic in early 2020, knowledge on how infection can be prevented has increased significantly. Social distancing and avoiding indoor gatherings, for example, have emerged as some of the most powerful and effective preventive behaviors. Yet, despite the strength of the evidence on the dangers of close social contact, many people have continued to gather with friends and participate in social events which help the virus to spread.

The problem does not appear to be one of information or credibility, as survey evidence shows that most people agree that social gatherings ought to be avoided. As far back as May of 2020, 79.5% of survey respondents in the United States agreed that gatherings of 10 or more people should not be allowed. In Mexico, the country where this study was conducted, 82% of those surveyed in April of 2020 approved of the public health guidelines in place, which included restrictions on mass gatherings. According to our own data, 73% of people recognize that gathering in enclosed spaces, such as restaurants, represents a high risk for contracting COVID-19. Still, about 43% report having visited friends and family in their homes during the previous week.

This project conducted in Mexico in the summer of 2020 explored one potential explanation for this knowledge-behavior gap: the impact of social norms. The project aimed to examine what kind of norms might make people deviate from public guidelines by conducting a survey experiment on more than 23,000 individuals in Mexico. The experiment consists of a vignette that depicts a fictional individual, Mariana, who has been invited to attend a friend's birthday gathering and must decide whether or not to attend. This story portrays a situation that most Mexicans can relate to (birthday celebrations) and what the literature highlights to be individuals' relevant reference network during the current pandemic (family and friends). These social gatherings are also relevant because they have been shown to lead to superspreading events.

Social norms: The unwritten rules governing behavior within a society. A distinction is drawn between “descriptive norms,” which describe the way in which individuals tend to behave (for example, “most people comply with social distancing guidelines”), and “prescriptive norms,” which establish what is considered acceptable or desired behavior, independent of how individuals actually behave (“It is everyone’s responsibility to reduce social contacts”).

Status quo bias: Our tendency to maintain the current status of things. The status quo is used as a reference point, and any change with regard to this point is seen as a loss. In this scenario, people might continue to engage in behaviors such as attending birthday celebrations despite its potential risks because they are used to doing so  and do not want to change habits.

Descriptive norms: These describe how a social group behaves, without regard for whether the behavior is good or bad. Presenting norms can help change behavior. For example, one might think that no one complies with social distancing behavior when in reality the majority of people do. In that case, presenting the descriptive norm that most people comply with public health guidelines can improve individual behavior.

Prescriptive norms: Refers to whether society approves or disapproves of certain behavior – that is, describes it as good or bad. This is regardless of whether society follows this behavior. This is useful for reaffirming or recognizing good individual behavior while discouraging bad behavior. In the context of the COVID-19 pandemic, people might socially distance themselves because they are convinced it is the right thing to do.

Embedded into a larger survey dedicated to the outbreak of COVID-19, this survey experiment was conducted in Mexico between July 7 and July 21, 2020. Participants were above the age of 18, living in the Mexican states Sonora and Guanajuato, and recruited via Facebook and email. The final sample consisted of 23,184 respondents.

The experiment used a vignette to describe a fictional character (Mariana) who received an invitation to a friend’s birthday along with 20 other friends. The character is described as following public health guidelines in the current pandemic. After this initial description, the vignette varied according to four different conditions. The conditions resulted from a two-by-two design by randomizing the empirical and normative expectations prompts. The normative expectation alludes to prescriptive norms, while the empirical expectations do so for descriptive norms. Mariana was described as believing that her friends either perceived attending the party as appropriate or inappropriate (normative expectation) as well as believing that either few or most of her friends will be attending themselves (empirical expectation). The variations of the sentence that led to the four conditions displayed in Figure 1 are as follows:

After being exposed to their respective condition, participants were asked to answer two questions that are equivalent to the main outcomes of the study: their beliefs regarding if Mariana will be attending the birthday as well as if she should be attending. Additionally, the survey gathered individual information on, among other characteristics, their gender, education, risk perceptions, previous social distancing behavior of neighbors, and previous exposure to COVID-19, which served as control variables in the estimations.

Figure 1. Conditions of the Experimental Design.

The experiment asked participants to infer the behavior of a third person. Therefore, it cannot assure that participants would act similarly if they found themselves in a similar position. 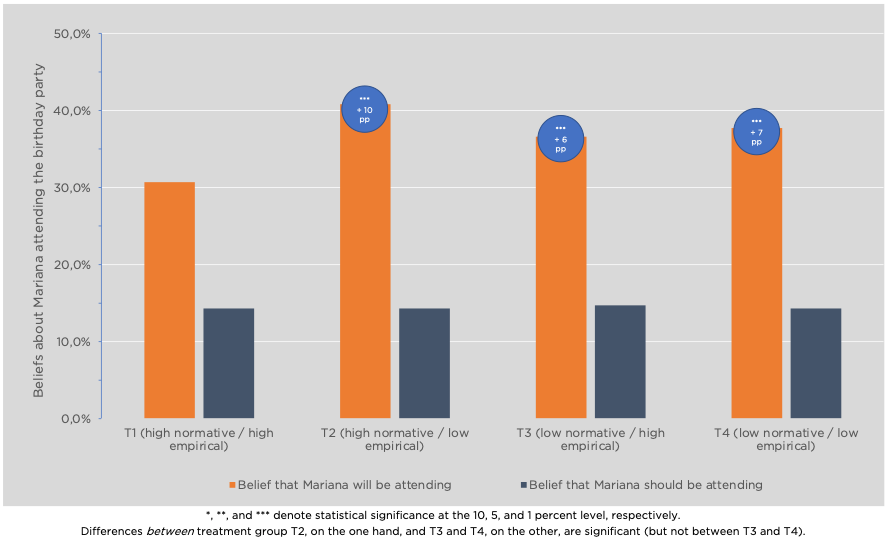 Let's (Not) Get Together! The Role of Social Norms on Social Distancing during …