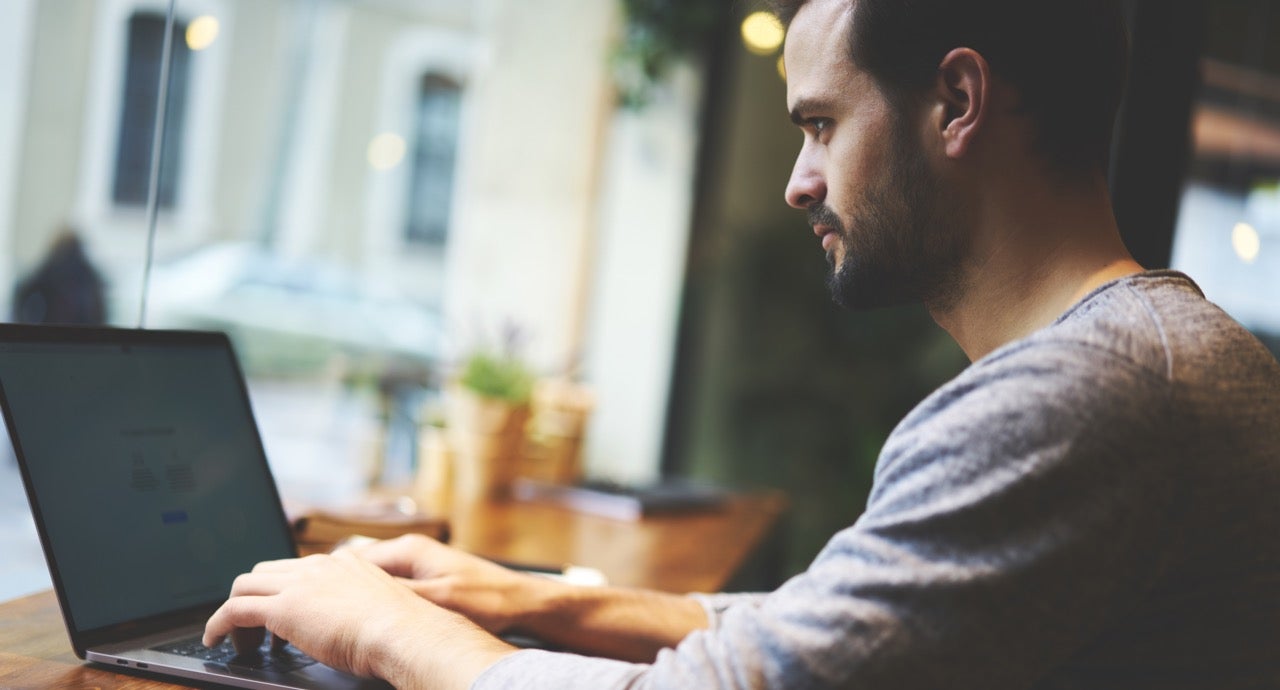 Governments in Latin America raise comparatively little revenue from property taxation. The low revenues are partly due to a lack of adequate registry information.  A major obstacle in creating and maintaining taxpayer registries is cost. Against this backdrop, the tax administration of Fortaleza, Brazil, created an online taxpayer registry and service platform, but few taxpayers used it. The project focused on behaviorally inspired low-cost strategies to update registry information through the online system.

The project aimed at updating property taxpayers’ registry information by increasing their rate of registration in the online taxpayer registry and service platform of the tax administration of Fortaleza, Brazil. Joining the online registry required uploading documents such as the national ID, which were verified by municipal agents. In collaboration with the IDB, the tax administration of Fortaleza designed different email communications and agreed to randomly send them to different property taxpayers in October 2019. In November, it invited the experimental participants to fill out an online survey to provide insights into the mechanisms behind the registration results.

Lack of information: People may lack relevant information, for instance, because information is difficult to obtain, scarce, or hard to understand.

Limited attention: Even when the relevant information is in principle available, people’s ability to process information is limited. As a result, they may ignore relevant pieces of information unless they are saliently communicated.

Inertia and status quo bias: People may be attached to the status quo of affairs and dread or overestimate the costs of taking action, despite actual or perceived benefits.

Informing: The act of providing information that was previously missing.

The tax administration of Fortaleza designed two email communications to prompt taxpayers to join the online taxpayer registry. It randomized the approximately 163,000 property taxpayers for whom it had email addresses into three groups: Status Quo (T1), Request Email (T2) and Request+Reward Email (T3).

The first group (T1) is a hold-out group that did not receive an email but may have learned about the online registry through other channels. It represents the status quo and serves as a benchmark.

The Request Email (T2, see Figure 1a) informed its recipients about the online tax registry and asked taxpayers to join. The channels through which this email could be expected to increase registration include filling an information gap and suggesting an obligation to register.

In addition to the text of T2, the Request+Reward Email (T3, see Figure 1b) offered a lottery ticket for successful registration. This added micro-incentive might help overcoming inertia as an impact channel. A graphical display of coins drew attention to the possibility of monetary rewards and the email mentioned the number and range of prizes, including a first prize of approximately US $7,200. The comparison with T2 isolates the effects of these reward advertisement elements, providing insight into whether the added micro-incentive is cost-effective.

Both emails mentioned that registration had to be done by Oct 31, 2019, which marks the end of the data collection period for the registration data. 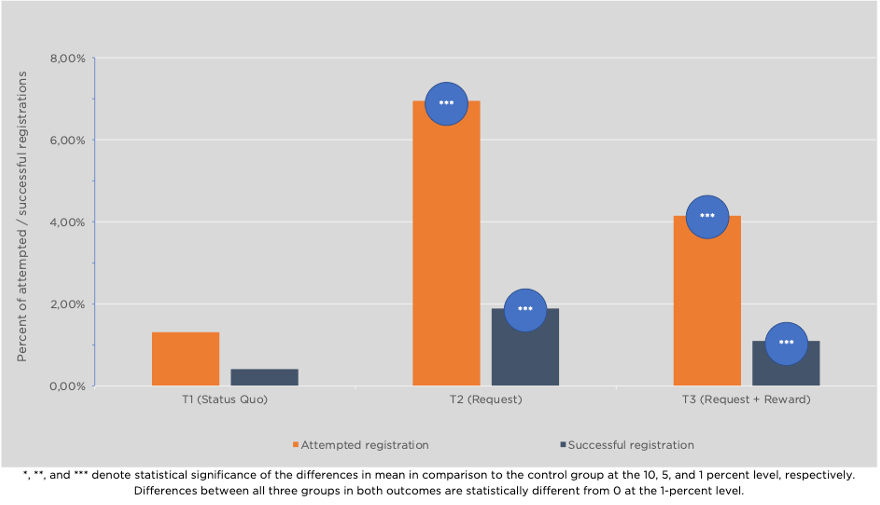 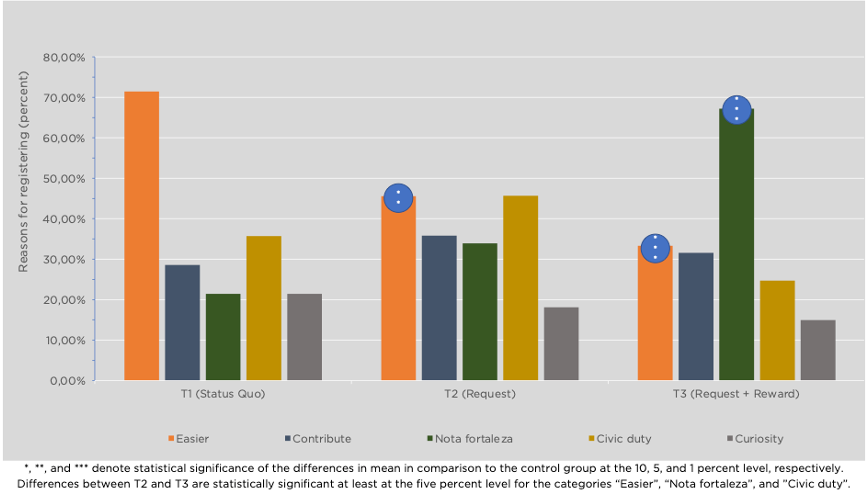