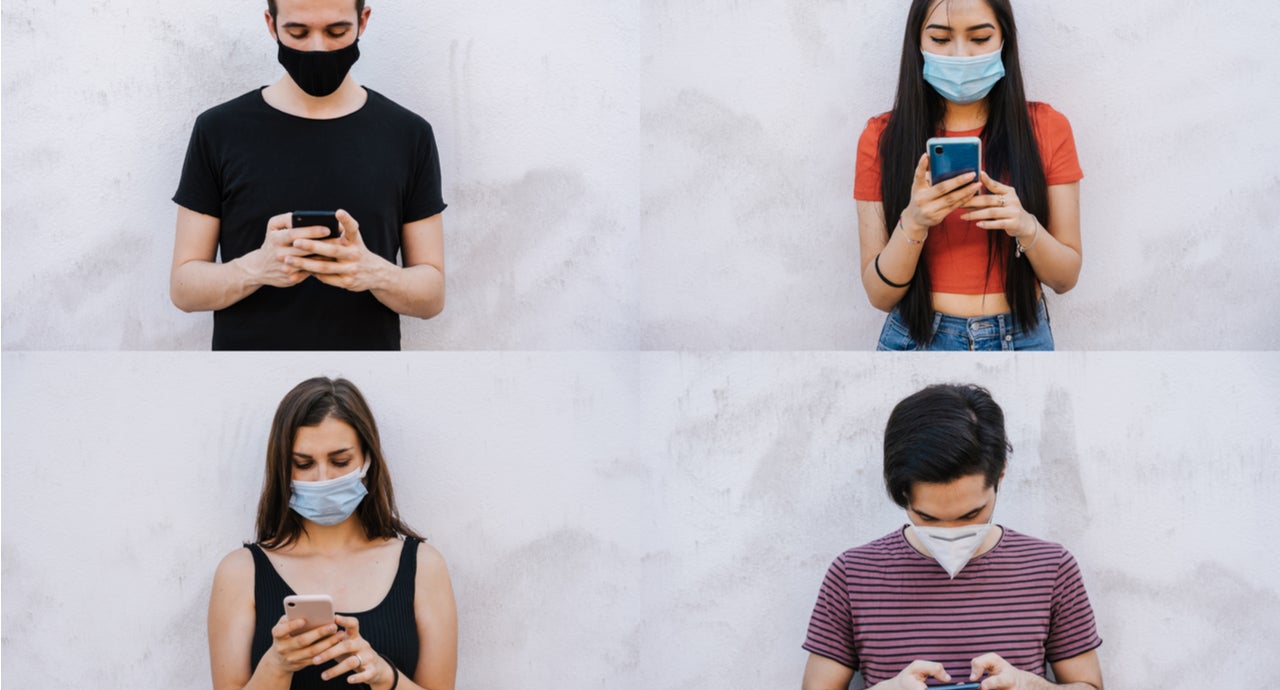 In the context of the COVID-19 pandemic, behavioral sciences were part of the toolkit in the quest for solutions to guide the reopening efforts, by boosting preemptive actions like keeping proper social distance, wearing masks and hand-washing. Previous work across disciplines have shown that, in the context of behavioral tools, text message reminders are particularly powerful to address limited attention, limited information-processing capabilities and present bias. Moreover, because mobile phones are relatively cheap and widely available, the use of text messages has become an efficient channel of communication with the general public. As governments around the globe were faced with the pandemic’s new and unexpected challenges, this study helped understand the extent to which a SMS campaign based on behaviorally informed messages was effective in dealing with the pandemic.

The City of São Paulo, where 96.5 percent of residents owned a cellphone in 2015, implemented a behaviorally informed text message intervention aimed at encouraging people to stay at home, wear face masks, and maintain a safe distance from others. Five different versions of a motivational messages were sent: i) reciprocity towards health workers, ii) social norms, iii) civic duty, iv) risk perception, and v) self-efficacy/ collective identity. These messages were later tested to see which were more efficient in eliciting the desired change in self-reported behavior. For that, following the delivery of the SMS, changes in self-reported behavior were recorded for 10.4 percent of the sample through a phone survey.

Salience: individuals tend to direct their attention to things that are more prominent or emotionally striking and ignore those that are unremarkable, even when the objective importance of both is the same. Back then, some measures, like social distancing and handwashing, were more salient than others, like properly wearing a masks.

Cognitive overload: the cognitive load is the amount of mental effort and memory used at a given moment in time. Overload is when the volume of information provided exceeds an individual's capacity to process it. People have limited amounts of attention and memory, which means they are not able to process all the information available. In the initial months of the pandemic, the amount of new information and guidelines people had to retain was substantial.

Inertia (status quo): it is the human tendency to maintain the current state of affairs. It might be the case that people do know about the importance of wearing a facemask, for example, but have a hard time incorporating new behaviors into their daily routine.

Reminders: can take many forms, such as an email, a text message, a letter, or a personal visit reminding individual of some aspect of their decision-making. Reminders are designed to mitigate procrastination, limited attention, and cognitive overload.

Reciprocity: it is a social norm of in-kind exchange among individuals, particularly when one person's action is met with an equivalent action from another person. It is generally associated with positive reactions—for example, returning a favor with an equivalent favor.

Group identity: people have an innate need to belong to groups or sense of belonging.

Loss aversion: losses cause distress that is greater than the happiness caused by a gain of the same size, when two options that involve risk and uncertainty are relatively compared. This is why we are more willing to take risks to avoid a loss.

With a sample of 75,351 citizens who had contacted the city of São Paulo’s e-government platform, the São Paulo’s innovation in government lab together with the IDB randomly assigned individuals to either receive an SMS (63,438 individuals) or to the control group in which participants did not receive a message. The treatment group was divided into five arms that received slightly different motivational messages. The content of the message varied to highlight distinct behavioral science principles:

Following the delivery of the SMS, between June 12 and July 3, 2020, all 75,351 citizens participating in the experiment were contacted by phone to answer a survey, and 7,825 (10.38 percent) responded to it, with responses rates not correlated with treatment status. The survey asked questions on beliefs about the social distancing policies, awareness of appropriate behavior, and self-reported behavior such as leaving the house, keeping distance from others and mask-wearing, as well as socio-demographic characteristics. 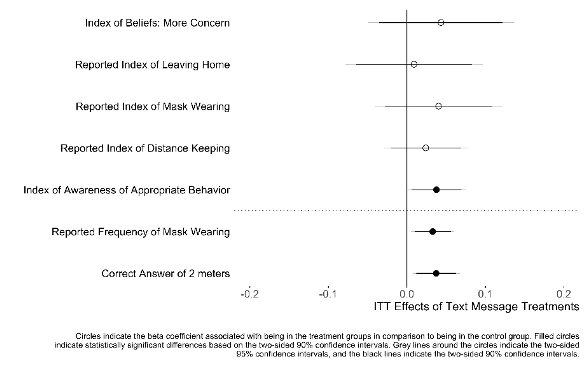 Figure 2. Effects of Receiving an SMS by Treatment Arm on Social Distancing.

Figure 3. Effects of Receiving an SMS by Treatment Arm on Mask-Wearing. 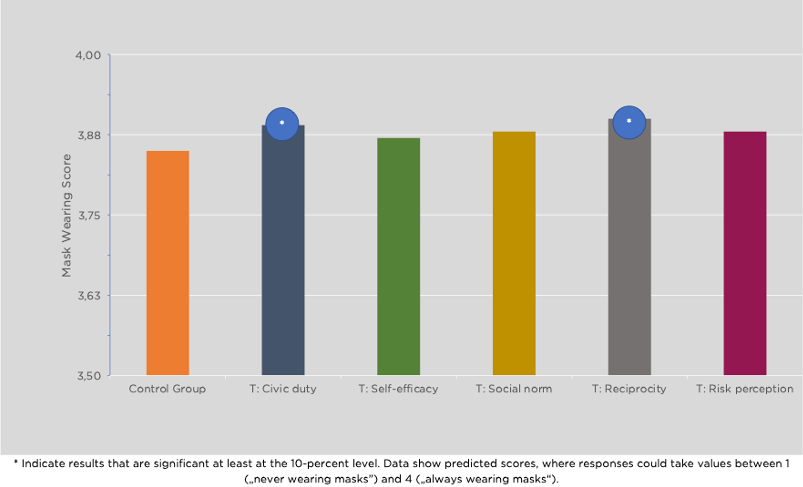 Are behaviorally informed text messages effective in promoting compliance with …