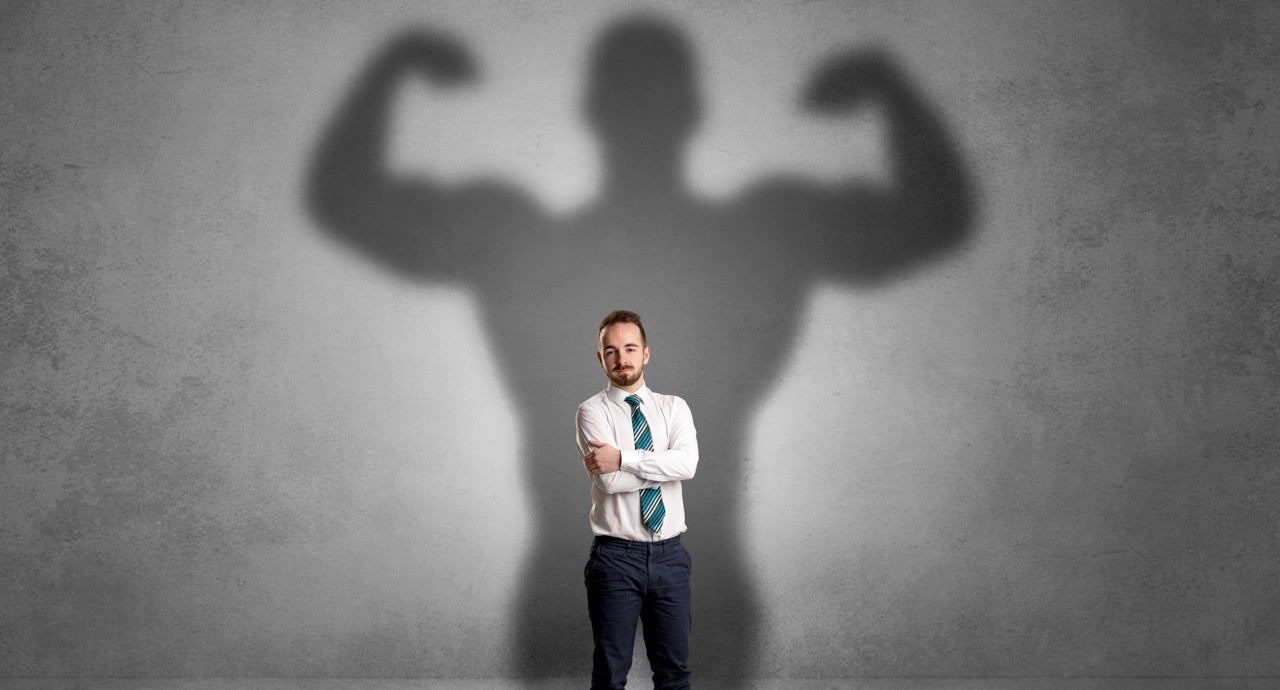 Overconfidence – people’s tendency to overestimate or exaggerate their own capacity to perform a certain task – is a frequent source of risky behavior, associated with adverse outcomes in areas such as health, finances, and politics. It may also affect public policy equilibria, if political representatives and voters make decision not based on their actual ability but on their biased self-perception. One such area is the possession and use of guns, both of which are associated with higher rates of fatal accidents, gun-related homicides, and suicides. This might suggest that levels of gun access are higher than the optimal equilibrium would suggest. In Latin America, easy access to guns and an influx of guns are related to higher mortality rates and violence. Given these high welfare implications, it is important to explore how the preference for the use of and accessibility to guns might be a consequence of overconfidence.

With the aim of understanding the relationship between overconfidence and gun attitudes, the IDB conducted an online survey in six countries of the Americas. Data gathering took place in 2019. The project explored correlations between two types of overconfidence, overestimation and overplacement, and attitudes towards guns, their use, and resistance to crime.

Overconfidence: Also called superiority bias. This is the tendency to overestimate or exaggerate our own capacity to perform a certain task. In this case, people might overestimate their ability and judgement when using guns.

Feedback: It is an effective tool to enhance awareness of the consequences of various choices. It may fill knowledge gaps and foster the search for efficient alternatives. For instance, people who receive feedback that they are overestimating their abilities might adjust their self-assessment for future occasions.

Framing: Given the tendency to draw different conclusions depending on how information is presented, the desired options can be presented so as to emphasize the relevant part of the information, as well as to highlight the positive or negative aspects of a decision, leading an option to be perceived as more or less attractive.

To explore the link between overconfidence and gun attitudes, the IDB conducted an online survey in 2019. The sample consisted of 7,298 adult individuals from six countries: Argentina, Brazil, Chile, Colombia, Mexico, and the United States, with each sample being representative for the adult population in the respective country.

The first component of the survey operationalized the dependent variables. It addressed attitudes in regard to guns and gun usage by security forces and civilians as well as hypothetical reactions to a crime scene. For instance, participants were asked if they agree that civilians should be able to carry weapons in the street or how they would react if they were robbed by a criminal at night.

A second component measured overconfidence, the independent variable, with two operationalizations. One one hand, overestimation was tested, which happens when people believe that their abilities are better than they actually are. For that purpose, participants answered questions from general interest topics that are orthogonal (i.e., not highly related) to gun preferences. For instance, participants were asked to indicate the men’s winner of the Soccer World Cup in 2014 in Brazil, followed by a question on how sure they were to know the right answer. The difference between right answers and their estimated score provided the overestimation index as a measure for absolute overconfidence.

On the other hand, the overplacement variable measured relative overconfidence in situations in which individuals over-rank themselves relative to others. This component required participants to compare themselves with the average citizen in regard to four dimensions (responsibility, decision making, morality, gun use). The last dimension in regard to the use of weapons asked: “If you had a weapon, do you think you would use it more or less responsibly than the average citizen?” Overplacement was included in the analysis, both with the four dimensions separated as well as in the form of one common factor extracted from a principal component analysis (PCA).

Finally, a set of controls such as gender and age was included and accompanied by different modifications of both dependent and independent variables in the regression analysis. 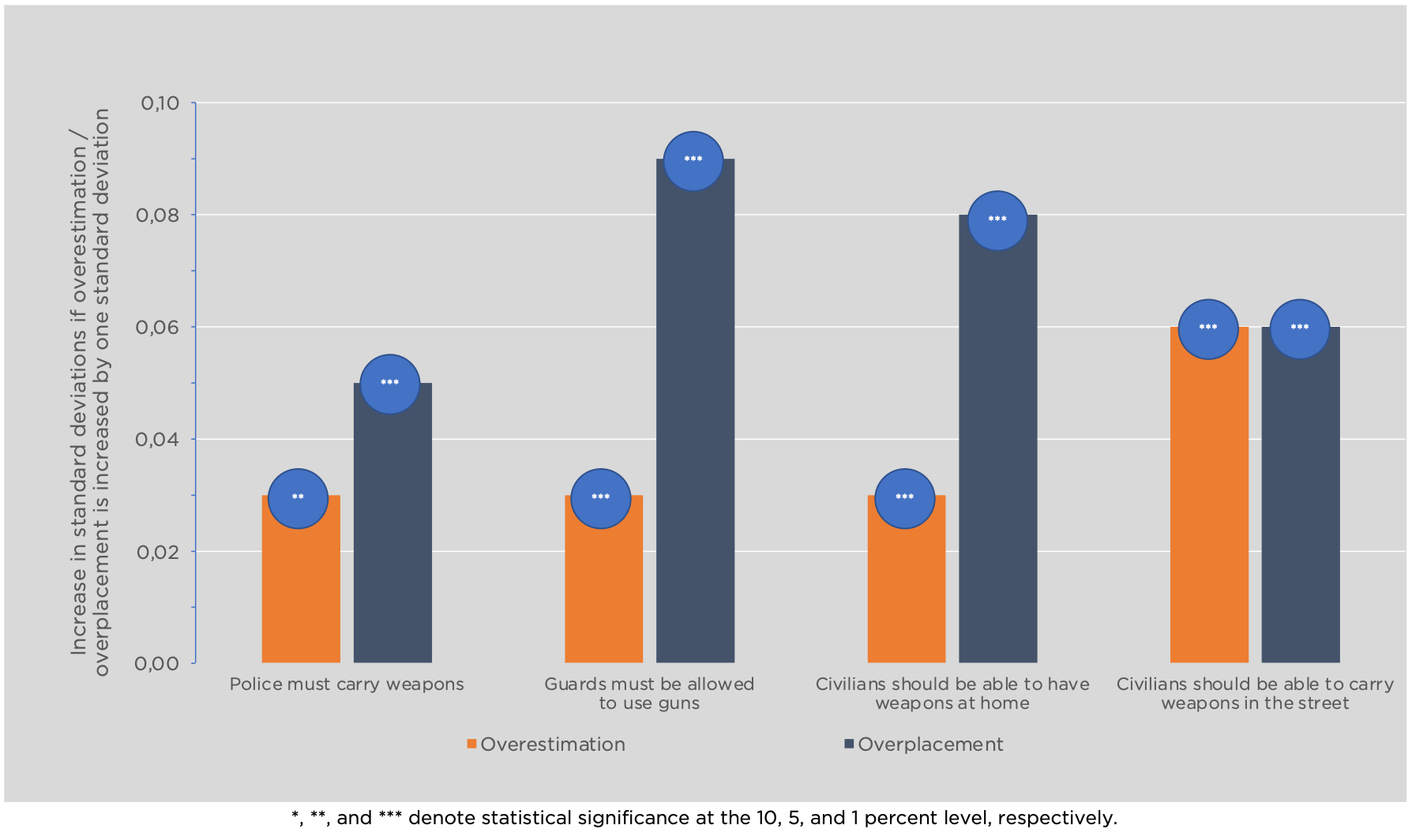 Figure 2. Relationship between Overconfidence and Inclination to Resist a Robbery. 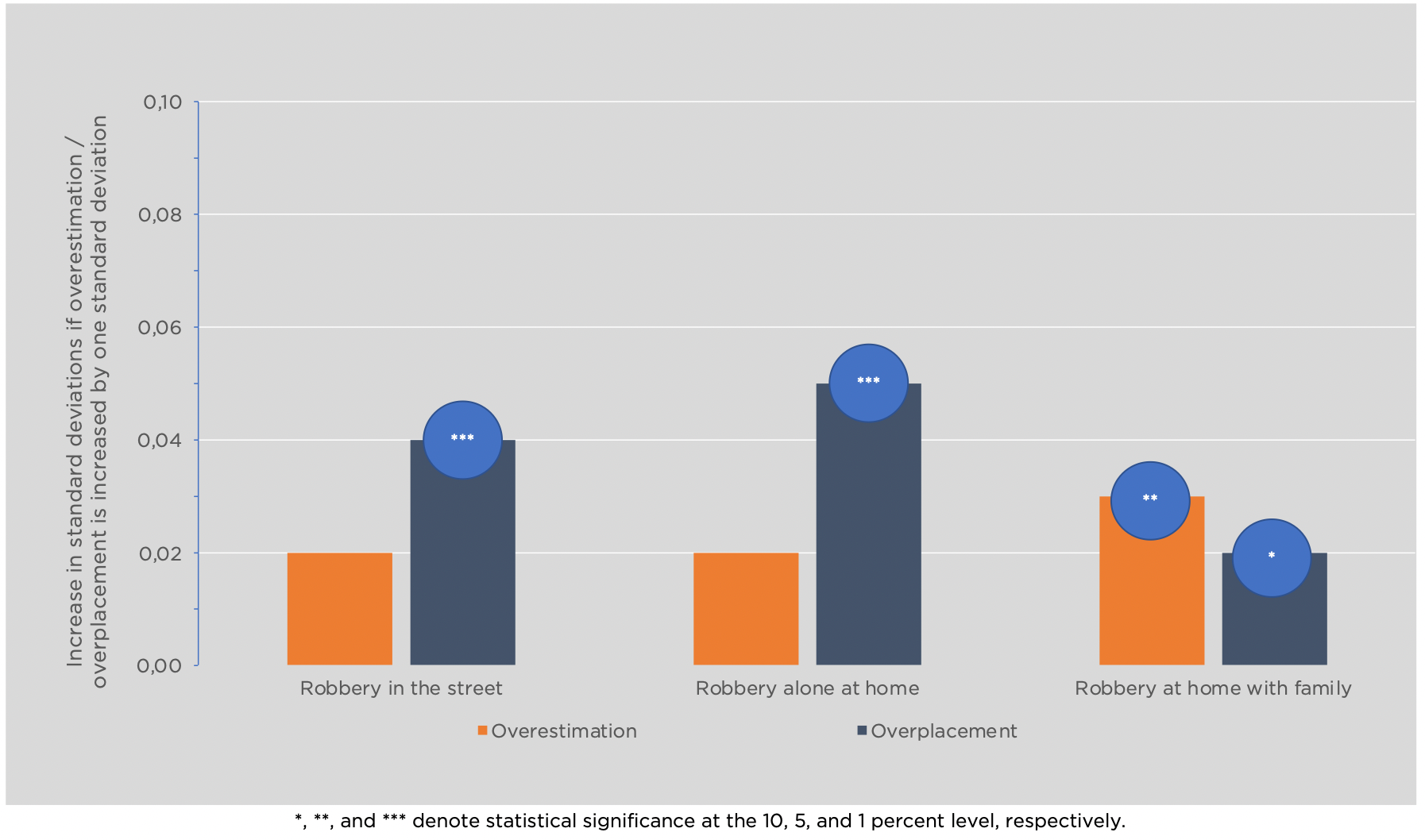