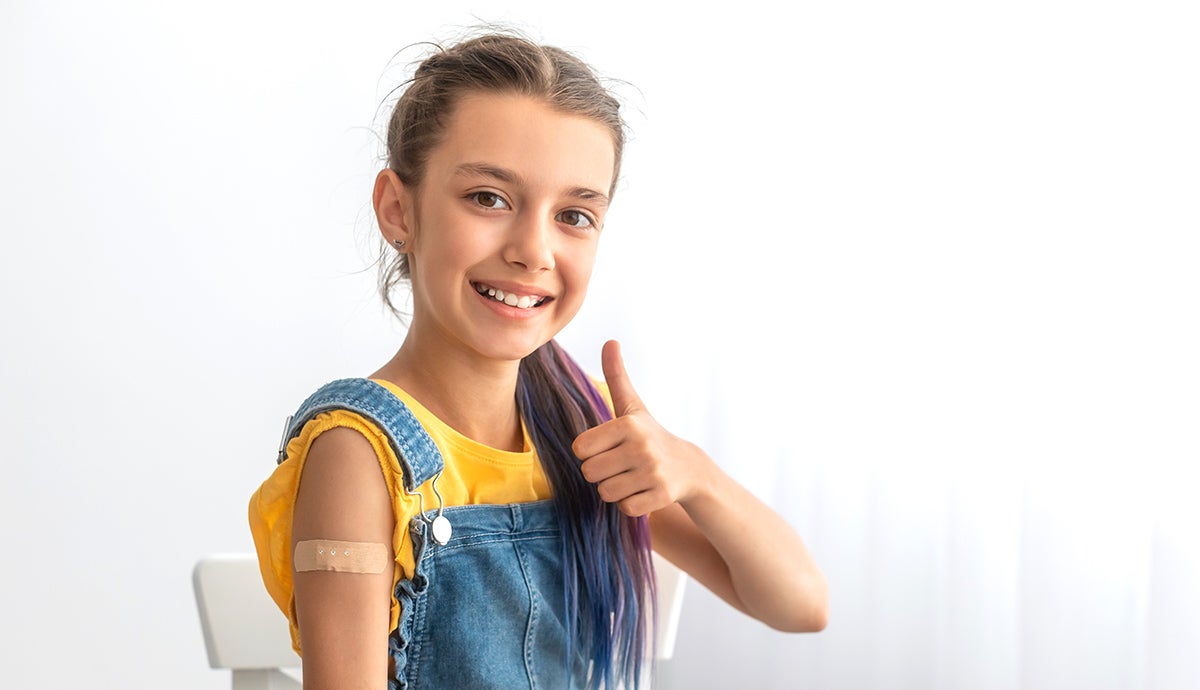 According to the Ministry of Health and Social Protection, cervical cancer is the leading cause of death from cancer among women aged 30 to 59 years in Colombia. Unlike many other cancers, this type is mainly caused by a virus: the Human Papilloma Virus (HPV), which can be transmitted through oral, vaginal, or anal sexual contact. The prevalence of HPV in Latin America and the Caribbean is 16%, the second highest in the world after countries in Sub-Saharan Africa (24%). Fortunately, the risk of HPV infection and the risk of developing this type of cancer can be prevented through a vaccine administered free of charge in Colombia to girls and adolescents between the ages of 9 and 17. However, HPV vaccination coverage in Bogota is lower than expected, and only 6% of 9-year-old girls are fully inoculated with two doses of the HPV vaccine.

To increase the HPV vaccination rate in Bogotá, the Behavioral Economics Group sent text messages with behavioral economics principles to parents of girls between 9 and 17 years, in coordination with the Secretariat of Health of Bogotá, the Ministry of Health of Colombia, the American Cancer Society (ACS), the Liga Colombiana Contra el Cáncer and The Behavioral Government Lab at Universidad del Rosario. The complete intervention targeted a total of 174,181 parents. From that sample, 75% were nudged to vaccinate their daughters for the first time, while the rest were parents of girls and adolescents pending one vaccine who were reminded to complete the entire vaccination scheme of two doses. This project summary presents two out of the six experiments run during the whole project. Both experiments were designed with the behavioral tools of social norms. The intervention took place between October 2021 and December 2021.

Salience: Our attention is limited. Therefore, behavioral economics interventions carefully consider the moment when a message is delivered, the location in which it is delivered, and the content it emphasizes. In this context, parents are unsure when they should vaccinate their daughters against HPV and wait for the doctors to recommend vaccination. However, all the doctors interviewed reported limited time during appointments, and more urgent issues took priority over HPV. The absence of discussions and reminders leads parents to assume passive attitudes toward HPV vaccination. In general, there is a lack of moments of reflection, choice, and opportunity to take action on HPV vaccination for girls aged 9-17 in Bogotá.

Mental accounting: Mental accounting is our tendency to mentally sort our money into separate “accounts,” leading us to see money as less fungible than it is and affecting our spending behavior. The concept is usually applied to personal finances, but in this context we apply it to the use of time and activity.  In the case of children’s vaccines, although the vaccine is part of the full vaccination scheme, parents do not put the same amount of effort into vaccinating their daughters against HPV as for other vaccines deemed “more essential.” Evidence from our interviews indicates that parents mistakenly view vaccination as no longer a significant priority in children's health considerations after five years of age.

Mistrust: Mistrust occurs when one party is unwilling to rely on the actions of another party in a future situation. Government support for the HPV vaccine has waxed and waned in the past, adding complexity to parents’ decision to vaccinate their daughters. Health professionals believe that a more explicit endorsement from the government would increase trust and make parents more likely to accept the vaccine recommendation. Parents interviewed in the diagnostic phase of our study expressed their desire for the government to take a more explicit stance on their support of HPV vaccinations.

Present bias: Present bias, associated with a preference for instant gratification, is the tendency to opt for a lesser benefit in the short term over a greater benefit in the longer term. Because immunity is not tangible, it is difficult to appreciate the benefits of vaccination in the short term. In addition, there is no immediate consequence for failing to receive the HPV vaccine; this stands in contrast to, for example, the requirement of certain immunizations for children 0-5 years in order to be admitted to school. It thus becomes easy to put off the decision about HPV vaccination to the future.

Descriptive social norms: These norms describe how a social group behaves, without regard for whether the behavior is good or bad. These norms are usually communicated using factual data, and learning about them can help change behavior. In Bogotá, at the time of our experiment, 2 out of 10 parents had vaccinated their daughters against HPV for the first time, and less than 1 out of 10 parents had vaccinated their daughter against HPV twice (we faced a minority descriptive norm). However, we had to stay true to the data and send messages communicating the minority descriptive norm.

Prescriptive social norms: Refer to whether society approves or disapproves of a particular behavior—that is, describes it as good or bad, regardless of whether society follows this behavior. Such norms are useful for reinforcing or recognizing good individual behavior while discouraging bad behavior. For this experiment, we added a sad face emoticon after the descriptive norm to indicate that lack of vaccination is unacceptable behavior.

Dynamic social norms: Are defined as social norms about how other people's behavior and attitudes change over time; such norms highlight and encourage novel ways of thinking and behaving. At the time that we ran our experiment, a minority of people had vaccinated their daughters against HPV; thus, in our context, the descriptive social norm in Bogotá communicated that others were not engaging in the desired behavior. This might encourage some parents to likewise refrain from vaccinating their daughters. To promote vaccination, we crafted messages suggesting that current vaccination levels are just the beginning of a trend and not merely a minority social norm.

Trending social norms: Are defined as social norms in which the number of people engaging in a behavior is increasing or decreasing. Presenting social norms as trending is a strategy for leveraging normative information to increase conformity to behaviors not yet performed by a majority (or to decrease an undesirable behavior). The mechanism emerges because people predict the increase in prevalence of the desired behavior will continue and will become a norm in the future. Since we faced a minority descriptive norm in Bogota, we used historical information to compute the percentage increase of vaccinations since a strategically selected year (vaccinations in Bogotá in 2016).

The Behavioral Economics Group, in coordination with the Secretariat of Health of Bogotá, the Ministry of Health of Colombia, La Liga Colombiana Contra el Cáncer, the American Cancer Society, and the Behavioral Government Lab at Universidad del Rosario, implemented several SMS experiments designed to increase HPV vaccination rates in Colombia. All the experiments were implemented through a text message campaign (SMS), differing in the behavioral tool used to prepare the message. Our team decided on this channel because the Secretariat of Health in Bogotá had already launched several SMS campaigns in the past. In this summary, we will explain two experiments designed with social norms.

The two social norms experiments differ from each other in their target population and slightly in their content. The first experiment targeted the parents of girls that had never been vaccinated against HPV in the past. The second experiment targeted girls’ parents who had received the first dose but had not yet completed the whole scheme of two doses. The number of parents who participated in the first-dose experiment was 34,506, and in the second-dose experiment was 15,376. Table 1 shows the messages we designed in experiment one applying different versions of social norms as their behavioral design tool, and Table 2 shows the messages crafted for the second experiment. 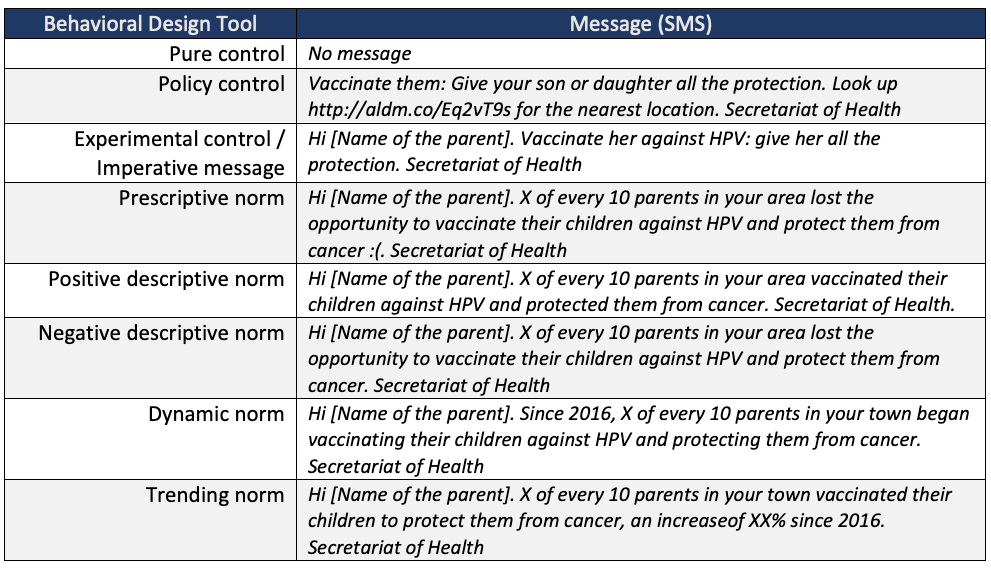 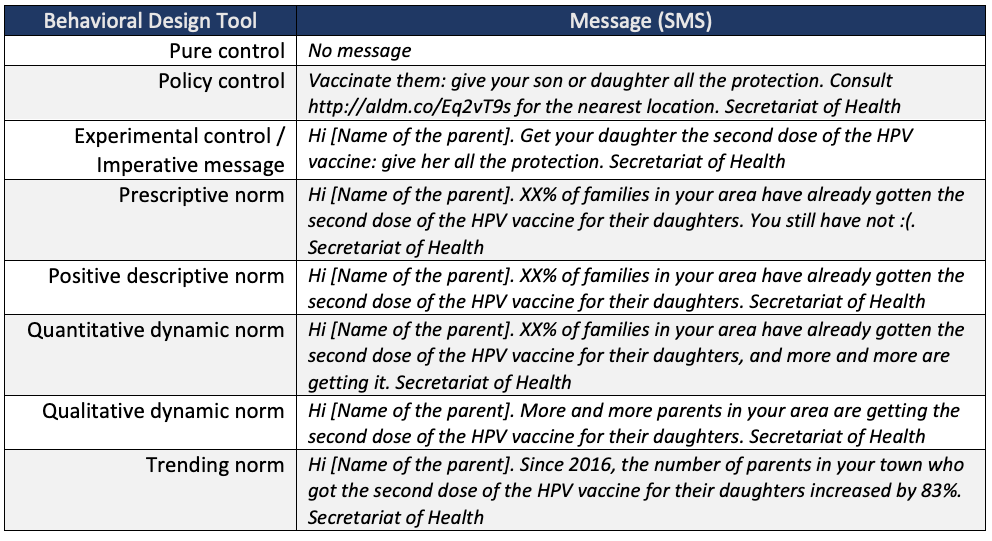 The experiments consisted of sending a weekly text message to the target population’s parents over an eight-week period. The content of the message remained constant. The vaccination records of the Secretariat of Health are updated daily, and our team received them weekly. This allowed us to remove those parents who had already taken action before we sent the following message.

The social norms experiments exploited alternative ways to communicate the social norms regarding HPV vaccination, which is not generally discussed in parent-to-parent conversations. We believe that by conveying that vaccination against HPV is a norm—the desired behavior—parents will be more likely to act on it and protect their daughters against HPV and, consequently, cervical cancer. Additionally, choosing the right reference point is important when designing social norms messages. In most of the messages in these experiments we were able to provide information about vaccination rates at the area level (localidad). Messages to parents were customized so the information received was as relevant for them as possible. This elevates the power of the social norm by increasing the potential for parents to identify with their peers.

This project had several challenges:

Figure 1. The dynamic, trending and prescriptive norms were the most effective at getting parents to vaccinate their daughters for the first time 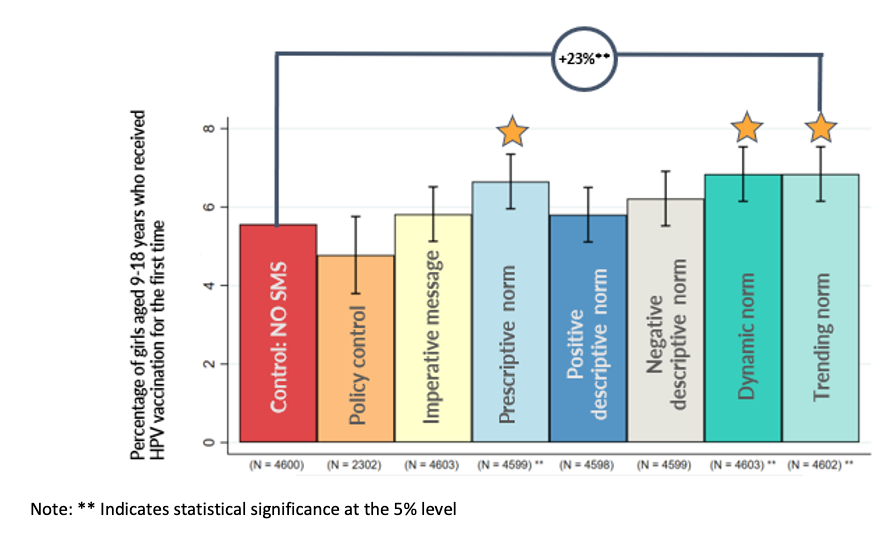 Figure 2. The imperative message telling parents to complete their daughter’s vaccination scheme was the most effective. Trending and prescriptive norms were also impactful. 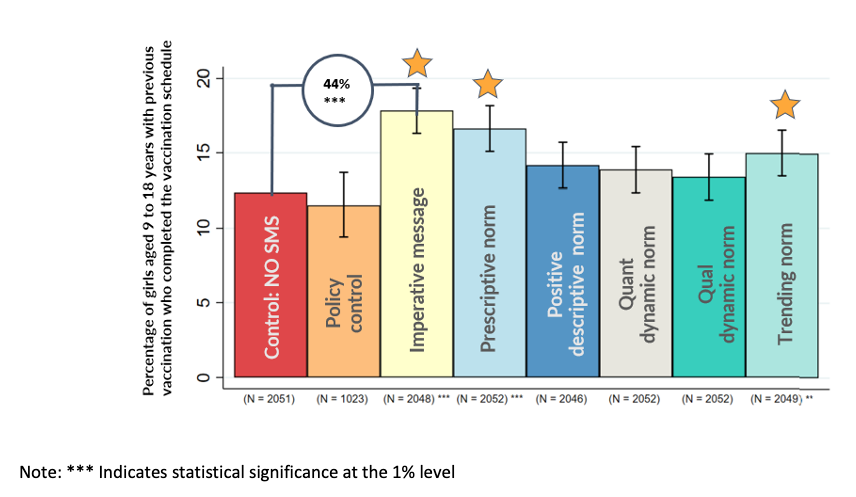